There are many pop culture references depicting the cut-throat nature of finance. Movies like The Big Short, Wall Street, and Money Monster depict certain financial institutions in a very particular way. But, as many of us know, Hollywood movies do not necessarily depict reality (as much as sometimes we wish they did).

Tessa Felix, the fifth employee hired at Ottawa’s branch of PWL capital, wasn’t hired for her financial know-how. Instead, she was tasked with the very important mission of creating a culture and developing HR practices. As such, Tessa dove deep into the writings of big thinkers and renowned psychologists.

In this edition of the #ManagementHeroes series, we sat down with Tessa and discussed the culture guidelines and best practices that make PWL capital a great place to work. Scroll down to read our four key takeaways from that conversation.

1 What is company culture?

When we asked Tessa for her definition of company culture, she quoted the ideas presented in Netflix’s culture slide deck and Ben Horowitz’s book, What You Do is Who You Are.

“Your culture is revealed by who gets promoted, rewarded, and let go. It’s less about what words and slogans are put on your wall and around the office and more about the behaviours, attitudes, and skills that people bring to work everyday,” said Tessa Felix.

In the book What You Do Is Who You Are, Ben Horowitz discusses the importance of first impressions. He suggests a company’s culture is what new employees perceive as contributing to their success in the organization. So, when an employee first enters an organization, they seek out people who have been at the company a while and observe their behaviours.

Tessa describes personal accountability as the “Holy Grail” of PWL Capital’s values. These values can be broken down into four behaviours – or factors of accountability, as leadership expert Cy Wakeman argues:

There is also the idea of being emotionally inexpensive – meaning that a person is not an emotional drain on their coworkers. They aren’t toxic and don’t create a negative environment that their coworkers don’t want to be a part of. Think of “nosy gossips” or the “perpetually angry”. The idea is that, regardless of how great you are technically, if you have a negative effect on the team at large, then it isn’t worth it.

This all sounds great, but it doesn’t really mean anything unless the manager models those behaviours as well. As a manager, Tessa finds it very important to reflect on whether or not she is modelling the company values.

Horowitz shares a similar argument in his book, describing culture as being built from the top down. And it’s not just a singular process that you can set and forget, it needs to be nurtured, fostered, and adapted.

To help Tessa maintain a role-model-like level of personal accountability, she has adapted her workflow so that it fits with James Clear’s Atomic Habits. In the book, Clear states that there are four things needed in order to form a habit:

“The first thing you have to do as a manager is look at your own behavior. Are you modeling what you value? Take a good look at yourself,” said Tessa. “I keep track of that from a management perspective to make sure that I’m on top of every meeting. My habit is to put everything in my calendar. It’s just a constant reminder. Makes it obvious and makes it easy.”

Practically, Tessa has made meeting preparation obvious by blocking out time in her calendar to prepare for her meetings. Every Thursday, the reminder prompts her to add to the agendas in Fellow. This makes the prep obvious and easy. And from a leadership perspective, Tessa has made it a habit to check in with herself – “Am I being personally accountable right now?”

Collaborate on meeting agendas, assign action items, and ask for meeting feedback. Fellow is the meeting agenda app your team will love 💛

3 Find creative ways to communicate with your team

At their branch of PWL capital, Tessa and her team have created an internal podcast called the Culture Cast. They use the podcast to bring clarity to situations, announce updates, and provide the opportunity for shoutouts. When they first started about 2 years ago, they sat down with each team member to have their own episode.

In fact, Culture Cast developed out of a need: entire all-hands meetings were becoming less effective, and smaller department-specific meetings felt closed off and isolated from the team. With the internal podcast, each department keeps up-to-date about what is happening in other teams. It’s short, and people can listen at their own time. It’s also very maintainable in a remote climate.

Besides the Culture Cast, Tessa also has regular one-on-one meetings with team members. However, as Tessa’s team has grown to 18 people, it’s not possible for Tessa to host weekly or biweekly one-on-ones. Instead, they are monthly or quarterly. However, to make up for the less frequent touchpoints, Tessa makes sure that she is still regularly contacting and touching base with employees every single day.” It might be an informal coffee chat or an impromptu one-on-one of sorts.

According to Tessa, your culture can be defined by the perception of new employees, so one of the challenges becomes how to successfully onboard new teammates and share your culture with them.

Tessa points out that the first impression is not when they first meet you face to face. She says that,

“They’re gonna have an idea of what you are about by your online presence, your reputation, and the community.”

With this in mind, it’s about nailing the basics first!

On a practical front, it’s about setting things up so that the person is ready to go when they start their first day. It’s the less flashy details of making sure that they have a computer, a desk, and any passwords that they might need.

“We put a lot of work into how we onboard employees. We make it really fun, really interesting, interactive,” said Tessa. “And we offer employees a lot of great things. I mean, culture is not perks, but it still adds an element of fun to the workplace.”

After that, Tessa and her team at PWL have developed an onboarding process that is more interactive, fun, and interesting. In a way, it sort of resembles a tech firm (even more so since they relaxed the dress code from suit and tie to jeans). But Tessa stresses that their culture is not the perks. Perks may add an element of fun to the workplace, but it is the behaviours of the individuals that contribute to the company’s culture.

Tessa usually spends the first week with the new employee and sets them up with a peer resource. Both Tessa and the peer resource can help answer questions to help the new team member really understand what they do and why. There is also a written guide.

For Tessa, one of the goals of onboarding is to help them understand their true value and how, as an employee, they are going to bring value to the workplace. She describes the behaviours that they value as a team and tries to make those behaviors the norm. For instance, creating a feedback culture where they can expect to get and give feedback all the time. It’s about clear expectations – most people don’t like going into a place not knowing what to expect.

What motivates Tessa the most is when she can help members of her team see “their circumstances in a different way”. Tessa enjoys supporting, motivating, and helping her team learn new things. It’s a great way to create a culture that is not what Horowitz describes as “set and forget”. Instead, it’s more hands on and a lot more fun!

“The thing that motivates me the most is when I can help somebody see their circumstances in a different way. If somebody is struggling or having trouble with the workload or you know, having trouble with say, another team member,” said Tessa. “My favorite part is when someone has an ‘aha moment’ where they’re like, ‘oh, wow, okay, I can actually have an impact on my challenging circumstances.'”

Check out this list by Aydin Mirzaee, CEO of Fellow.app 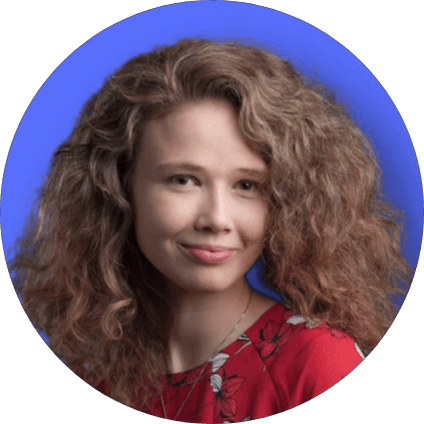 What is Perception Bias and How to Avoid It 17 Tips for Hiring Managers to Make the Right Decisions