Getting constructive feedback from your team – especially feedback that’s hard to hear or you don’t necessarily agree with – can be tough. But if you want yourself, your team, and your organization to thrive, you need to set the example on how to receive feedback gracefully.

In Thanks For The Feedback: The Science and Art of Receiving Feedback Well, Douglas Stone and Sheila Heen write:

“Nothing affects the learning culture of an organization more than the skill with which its executive team receives feedback… Feedback-seeking behavior — as it’s called in the research literature — has been linked to higher job satisfaction, greater creativity on the job, faster adaptation in a new organization or role, and lower turnover. And seeking out negative feedback is associated with higher performance ratings.”

But how, exactly, should you receive constructive feedback at work? How can you graciously accept feedback and make your team feel heard, understood, and respected — even if their feedback doesn’t completely resonate with you?

Here are our top 5 tips to receive feedback effectively and foster a feedback culture across your team:

The first step in effectively receiving constructive feedback from your team starts well before the actual feedback conversation.

The timing of when you ask for feedback is key if you want to get honest, helpful feedback from your team — and if you want to be in the best place to receive their comments.

“Atmosphere and environment is often overlooked by managers when they solicit feedback,” says San Francisco-based executive coach Leila Bulling Towne. “Feedback carries a lot of emotional baggage with it, and because of that, managers need to think of the…timing for feedback.”

“When are you at your best? Your most fresh, your most open, your most ‘present?’ Schedule a feedback meeting then,” says Bulling Towne.

By scheduling your feedback conversations during the time of the day when you feel your most focused, present, and open, you’ll be in a better place to receive feedback—even if you don’t agree with it.

2 Control (and visualize) your reactions to constructive criticism

The definition of effectively receiving feedback is ensuring that your employees feel heard, acknowledged, and respected — regardless of how you feel about what they’re saying. But that can be easier said than done — especially when you consider more unconscious or involuntary reactions to hearing something uncomfortable or challenging.

“Many of us do things with our faces, our voices, our hands, our bodies when we feel uncomfortable, and we might not know what those things are,” says Bulling Towne.

…And those reactions — like a frown, eye roll, or standoffish posture or arm cross—can discourage your team from being honest and open in their feedback.

This is why, if you want to effectively receive your team’s feedback at the moment, you need to identify what those unconscious or involuntary reactions are—and keep them under control.

Stand in front of a mirror and visualize imagine yourself receiving negative feedback about your management skills. Pay attention to what happens to your face and body. Do you start to scowl? Do your shoulders tense up? What is your posture like? (If visualization is a challenge for you, you could also ask another person, like your manager, to role play with you and act like an employee delivering critical feedback.)

“Managers need to become self-aware…of the ways in which our emotions are conveyed in our bodies,” says Bulling Towne. “Then, we can begin to self-manage ourselves better.”

Feedback can be tricky; your employee might be saying one thing, but you might hear another. And when that kind of misunderstanding happens, it’s a lose-lose; you don’t get the feedback you need to improve—and your team member won’t feel like their feedback made any impact, which will discourage them from sharing feedback in the future.

That’s why one of the most important parts of effectively receiving feedback is making sure you’re crystal clear on what your team member is saying—and that they walk away from your conversation feeling like their feedback and insights were understood.

Luckily, there’s a simple way to make sure you’re both on the same page:

“To make sure you understand the feedback—and, in the case of constructive feedback, what you’ll need to do differently in the future—restate the feedback in your own words,” says leadership coach and former HR professional Alexis Haselberger.

So, for example, let’s say an employee tells you that they struggle with your tendency to micromanage their projects. You might say something along the lines of:

“So, what I’m hearing is that you feel like I overstep my boundaries and get too involved in the day-to-day tasks of your ongoing projects. Moving forward, you would like me to take more of a step back and allow you to have more autonomy in your work. Does that sound right?“

By rephrasing your employee’s feedback in your own words, you’re showing them what they said registered—and by asking them if you got it right, you’re opening the door for them to clarify anything you might have missed.

How to handle receiving constructive criticism at work

A tool like Fellow.app can help you record your team’s feedback in one place:

Occasionally, you’ll have a team member give you feedback that you flat out disagree with. In those moments, you might be tempted to openly disagree and tell them why their feedback isn’t true — but if you want to keep the door open for future feedback, it’s important to fight that urge.

“Don’t reply with a face that says you don’t agree or words that express that [sentiment],” says Bulling Towne. “If you immediately roll your eyes…[or] say something like, I don’t know’ or I’m not sure I agree’, you send the message that you feel they are wrong or their opinions are suspect.”

“Even if you don’t agree with what’s said, receive it graciously and recognize that it took effort to give. If others find you defensive, you’ll get less feedback in the future, which will only hurt your growth,” says Julie Zhuo in The Making of a Manager.”

Now, when you consider your employee’s feedback, one of two things is going to happen: Either you’re going to realize that there’s actually some truth in what they’re saying — in which case, you can work on making any necessary changes to adjust your behavior. But there will also be times that even after some serious thought and consideration, you still completely disagree with your employee’s feedback — and don’t feel like any behavior adjustment is necessary.

And if that’s the case? It’s time to get a few outside opinions.

“We can’t act on feedback until we truly understand it. Especially when we hear something new, it’s usually a good idea to ask a few trustworthy sources whether they’ve noticed the same behavior. Not only does this give us more detail about what we are doing to create a certain impression, it helps us avoid overcorrecting based on one person’s opinion. After all, as Roman philosopher Marcus Aurelius stated, ‘Everything we hear is an opinion, not a fact.’”

Asking a few trusted people (like your boss, your mentor, or a close colleague) for their insights on your employee’s feedback will help you get more clarity on whether it’s something that needs to be addressed—or if your initial disagreement with the feedback was warranted, which can save you the time and energy of making changes to your management style that are both unwarranted and unnecessary.

5 The most important part of receiving constructive feedback: Follow through

Clearly, receiving constructive feedback — whether you agree with it or not — is an important part of effective management. But what’s even more important is what you do with that feedback after you receive it.

“It’s an important managerial rule to never ask a question of your directs if you don’t intend to honor their answer.”

When you take your employee’s feedback and use it as a catalyst for positive change, it fosters a sense of trust with your team, which can help improve performance. As Hortsman writes:

After you’ve had some time to implement your teammate’s feedback, make it a point to seek them out (for example, during your one-on-one meeting) and loop them in to any changes you’ve made.

“Acknowledge the feedback, thank them again, and share what you have been thinking about how to change your behavior,” says Bulling Towne. “This indicates to the employee that you have considered their feedback and are acting on it. You are doing what you want them to do when you give feedback.”

Receiving constructive criticism at work can be a challenge. But now that you know how to receive feedback like a pro, you can overcome that challenge and make sure your team feels heard, acknowledged, and respected during your feedback conversations. Remember, feedback is a gift:

“It costs time and effort to share, but when we have it, we’re better off. So let’s give it generously,” says Julie Zhuo. 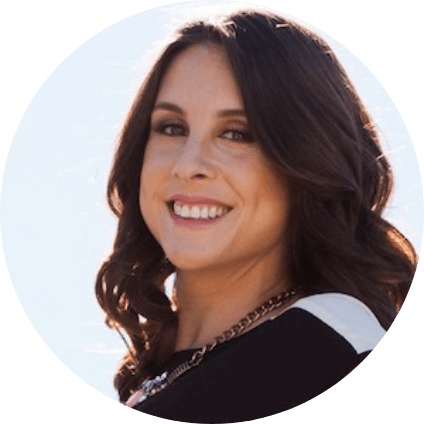