While many fear being arrogant, it’s often hard to notice yourself acting arrogant and you might end up doing it more often than you’d like.

According to a study of 520 drivers, only 1% considered themselves below average for their driving skills, with even the worst drivers saying they’re above average. Multiple other studies in the decades since have also found that people continually grade themselves as “above average” when presented with a questionnaire, even if they aren’t. This basically defines arrogance, or in other words, the behaviour of believing you’re more important or better at something than most others.

So, in the workplace, what happens when you do something outstanding? How can you share your successes without making it seem like you’re arrogant? Here we’ve put together our eight top tips for how to brag with grace.

8 ways to brag about yourself without sounding arrogant

1 Take credit for your hard work

Some projects are hard, long, or complex. You might have spent extra hours on a project, or maybe you had to re-do it a few times before you got it right. Or, maybe you had no idea at all what you were doing but somehow you still pulled it off! These are all successes. When someone around you commends you for this extra effort you put into your project, it’s okay to accept the praise and even pat yourself on the back—you should be proud of yourself too!

Include a section in your agendas during one-on-one meetings to share your recent wins, such as progress, results, and anything in between, so your manager is up to date. Try a tool like Fellow!

2 Be honest about your achievements

This tip is especially important for when you’re working on team projects or putting more effort than planned into a task. Sometimes work happens in the background that other people don’t see. Being open and honest about what you had to do to earn success is a great part of honouring the hard work you’ve put in.

When the focus is on your successes, keep it short, but always say thank you to the person who gave you praise. At most, you might consider adding a small anecdote of a challenge or lesson learned along the way to further highlight your hard work. Beyond that, avoid talking in too much detail about the struggles you overcame or the capabilities that you needed to succeed. Doing so can make it seem like you don’t think anyone else would have been able to achieve the same thing, which is an arrogant thought.

4 Focus on your tone

The way you convey your successes has a big impact on how they’re received. It can make the difference between, “wow, I’m actually really proud of myself for that,” vs. “Yeah, actually I knew I’d be able to do that anyways.” To keep your tone from sounding arrogant, focus on avoiding matter-of-fact tones. Keep your tone light, positive, and grateful.

5 Avoid putting yourself down when talking about your work

If you’re trying really hard to avoid sounding arrogant, your alternative instinct might be to decline the level of hard work you put into the project. Avoid putting yourself down, as this outer voice can make its way into your subconscious thoughts and affect how you’re truly viewing your performance. If you need help with separating what is really successful and what might be an exaggerated success, focus on measurable data points or regularly reflect using a blog or journal. This way you have something to rely on to ensure that you’re measuring your growth and noticing when you’re actually improving on a skill.

6 Show thanks to those who helped you succeed

A big part of being humble is recognizing that you likely didn’t achieve that success completely on your own. Sure, maybe you were the person who coordinated or executed the project at the end of the day, but along the way you likely had a manager who helped you prepare for the role, coworkers who helped you with project components, subject matter experts who informed you on the project topic, and hey, even your CFO who approved the project costs! Without these people’s support, your project may not have been the success it was, so it’s a sign of good manners to show them your gratitude as well.

Showing gratitude in the workplace has all kinds of benefits, such as aligning your team, making your coworkers feel purposeful, increasing team motivation, and building trustful relationships. When recognizing the successes in which you’ve been involved, it’s important to take a step back and understand the full picture. Some questions to give you this broader picture include:

According to a 2017 study, humblebragging is actually a form of self-denial where you aren’t fully realizing the efforts and resources that went into the success. Humblebragging is also actually much more likely to come across as arrogant—you’re less likely to be portrayed as arrogant if you outright bragged about your accomplishment.

When it is okay and not okay to brag about yourself

Appropriate times to brag about yourself

Inappropriate times to brag about yourself

The most important part of receiving and responding well to positive feedback is being able to read the room. Your ability to gauge the situation will help identify if it’s an appropriate time to brag about your accomplishments or if your celebrations are better left to another time. Specific case scenarios like annual reviews and job interviews are always great for sharing your success stories.

If you feel like you’re out of time or opportunities to share your wins with the wider team on a regular basis, you can also try connecting with a team member one-on-one. This meeting can be great for getting to know each other and boosting your motivation together! 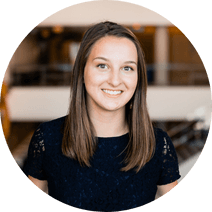