Virtual meetings are a must if you want to build productive, cohesive, and connected remote teams. But keeping your team engaged during a remote meeting can be tough.

If you’re wondering how to make remote meetings more engaging, this post is for you. We sat down with a group of remote work experts and compiled a list of four tips to engage remote meeting participants and skyrocket your team’s productivity:

Tip #1 Send out a meeting agenda ahead of time

The first step to driving engagement (and get people to actually participate in virtual meetings) needs to happen long before the meeting actually starts.

If you want your team to be engaged during your meeting, “help them show up ready to engage,” says Wayne Turmel, author of Meet Like You Mean It: A Leader’s Guide to Painless and Productive Virtual Meetings. “The easiest way to do this is with a good agenda.”

According to Turmel, your meeting agenda should include:

By sending this key information ahead of time (ideally, at least a few days before the scheduled meeting), “people are coming into the meeting knowing a) why they’re there, b) being prepared for it, and then, when you’re in the meeting, you actually know what to expect in terms of the process [and] the outcome,” says virtual leadership trainer Sacha Connor – all of which can lead to an increased level of engagement during the actual meeting.

If you want to deliver an even stronger boost to your meeting engagement, get your team involved in building out the team meeting agenda.

“Give [your team] some say in the agenda and in the meeting itself,” says Turmel. “If meetings are constantly thrust upon people and they have no control, their desire to engage is diminished.”

Tip #2 Make video a must

There are a lot of different ways to run a virtual meeting. But if you really want to make your virtual meetings more engaging, video should always be a part of the equation.

In a 2015 article from Harvard Business Review on how to run an effective virtual meeting, Keith Ferrazzi writes:

“Since everyone on the call is separated by distance, the best thing you can do to make everyone at least feel like they’re in the same room is to use video…Video makes people feel more engaged because it allows team members to see each other’s emotions and reactions, which immediately humanizes the room. No longer are they just voices on a phone line; they’re the faces of your co-workers together, interacting. Without video, you’ll never know if the dead silence in a virtual meeting is happening because somebody is not paying attention, because he’s rolling his eyes in exasperation or nodding his head in agreement. Facial expressions matter.“

Because video mimics the experience of an in-person meeting, it’s automatically going to feel more personal and engaging than a meeting where all you can see are screen and not faces. So, if you want your team to be more engaged during your virtual meetings, make video a must.

Some of your team members are naturally going to be more engaged and talkative during your virtual meetings. On the other hand, if you have people on your team who are more introverted, it might be harder for them to speak up.

As a manager, it’s your job to make sure those people are just as engaged — and have just as many opportunities to contribute during your virtual team meetings — as the more outspoken members of your team.

In an article on SlackHQ, Bryant Galindo, the co-founder and CEO of CollabsHQ, a coaching and consulting company specializing in organizational strategy and scaling virtual workplace culture for remote startups, says:

“As a facilitator, your job is to not only bring everyone up and empower them but also to create a space of safety for those individuals who maybe aren’t as comfortable vocalizing themselves.“

During the meeting, take stock of everyone’s participation levels — and if you notice a few team members dominating the conversation, make sure to interject to give other people an opportunity to engage.

“In a virtual meeting, you need to stop regularly to take everyone’s temperature. And I do mean everyone. Go right around the list, asking each locale or person for input.”

If you’re finding that the majority of your attendees don’t have much to contribute to the meeting — even when you give them the floor and ask for their input — it could be because they’re not the right people to be in the meeting in the first place.

Before you send out invitations to your virtual meeting, make sure to ask yourself “who really needs to be part of this meeting? Because if you want to keep a group engaged, [you should only] have the people there that the [meeting content] really matters too and who feel like it’s really applicable to them and they have a role in the discussion,” says Connor.

It doesn’t matter how engaging you are as a speaker or how exciting your meeting agenda may be — no one, including your remote team, wants to sit in a virtual group meeting for hours at a time doing and listening to the same thing.

That’s why, if you’re having a longer virtual meeting, it’s important to break things up.

Switching things up during the meeting will keep your team on their toes — which, ultimately, will keep them more engaged.

So, for example, let’s say you have a few hours worth of data to present during your next virtual meeting. Instead of going through all that data yourself, split it up across multiple presenters.

“Changing speakers reconnects and engages audience members,” says Turmel. “They can only listen to a single voice for so long.”

Or let’s say you need to call a longer-than-usual virtual meeting to discuss a new product launch. Instead of expecting your team to sit through the entire meeting (which can lead to boredom and disengagement), schedule regular breaks where you stand up and stretch or can leave the meeting to go grab a snack and recharge.

The point is, monotony is a surefire way to kill engagement during virtual meetings—so, as a manager, it’s important to break up that monotony by any means necessary.

Keep your remote team engaged during your next virtual meeting

As more teams move towards remote work, virtual meetings are going to become just as common (if not more!) than in-person meetings. And now that you know exactly how to keep your remote team engaged in the process, you have everything you need to make sure your virtual meetings are as productive (and engaging!) as possible. 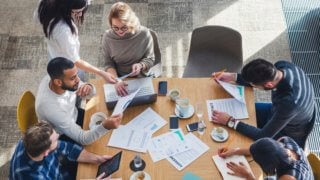 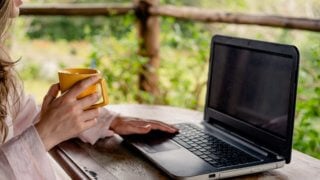