As leaders, there are many decisions that we can make on our own but often, engaging the opinions and perspectives of others enhances the decision that is made. The group decision-making process can differ greatly from organization to organization because each team is unique. Group decision-making techniques can offer you and your team some structure when it comes to making effective decisions and finding alternative solutions. Fellow has outlined 10 group decision-making techniques that will help you reach a final decision, even with a large number of group members.

What is a group decision-making technique?

Document all your decisions in one place and keep your team aligned with a tool like Fellow!

A brainstorming session is a type of group decision making that can be really effective when you need to raise potential ideas and solutions. This offers a free-flowing structure to the discussion and allows the whole team an opportunity to share their ideas on how to approach a particular situation. The main goal of brainstorming is to come up with as many suggestions as possible and to then decipher which idea may be the best approach. These meetings are a little more geared towards generating ideas than coming to a final decision but often, one idea stands out from others and can be selected as the most effective solution.

The Delphi technique is a good option when you need to reach a group consensus for a major decision. This group decision-making process takes all of the ideas generated by your team and compiles them for the leader of the group to break down into a smaller list of possible approaches. Those fewer options are then taken back to the group for further discussion and collective consideration. Essentially, the choices are condensed until a majority decision can be made. The idea is that when there are fewer options available a decision is reached with much more ease and with collective agreement from you and your team members.

Weighted scoring is ideal to use in a situation where your team has many ideas for possible solutions but have not necessarily considered the implications of each decision thoroughly. The weighted scoring technique is founded on the idea that certain ideas or approaches may be riskier than others and therefore their implications need to be considered. Each item is evaluated against criteria such as the business value, costs, risks, and adoption. Each of these criteria is assigned a score based on the weighting (impact) of them. You’re looking for an approach that will score high in business value, high in adoption, score low in cost, and low in risk. After weighing each idea, you can tally up the scores to make an informed team decision.

The nominal group technique builds on the brainstorming discussion by including a voting process at the end. Not only does each group member cast a vote, but each person is given the opportunity to also give an explanation as to why they voted for whichever decision or option and why they feel as if it’s the best choice. Depending on the topic of discussion, there are a few different ways that you can use the nominal group technique. If the topic is more sensitive or controversial, you may want to engage your team with a survey with the option to remain anonymous. Otherwise, this technique can be used during your meeting in an open discussion.

Possibility ranking means determining the best option through using a voting system or creating a list as a team to prioritize ideas and approaches. When you’re trying to make a collective decision about a question or issue that has many different potential outcomes, this can be a great group decision-making technique to engage. This technique can be used in an email, in a survey, or in your live meeting. You can begin with asking everyone to make a personal list of how they might rank different options or approaches and then combine lists to see if there are common opinions amongst the group so that you can come to a consensus. After you determine the average of the best option, you can take that approach knowing that the majority support it and agree with it.

Similar to the Delphi method, the stepladder technique encourages each team member to give their personal opinion on a matter, before anyone can be influenced by the rest of the group. This prevents groupthink and encourages authenticity and honesty in your team members’ answers. There are a few steps required for this approach:

Step 1: Before meeting as a group, present the task to your team. Make sure to give enough time to everyone to think about their opinion or decision on how to best accomplish the task at hand.

Step 2: Create a core group of two members and have them discuss the task or issue.

Step 3: Add a third group member to the core group. This third member presents ideas to the first two members before they hear the ideas that have already been spoken about. After all three members have laid out their solutions and ideas, they discuss their options collectively.

Step 4: Repeat the same process by adding a fourth member, fifth, sixth and so on, to the group. Make sure that there’s enough time for discussion after each added member has presented their views.

Step 5: Make a final decision after everyone has been brought in and shared their ideas.

In business, a pros and cons list is often referred to as Dialectical Inquiry and can actually be quite effective. Dialectical inquiry is a group decision-making approach that tries to fight against groupthink. Philosophical in nature said to have originated with Plato, this group decision-making technique asks group members to consider both the thesis and antithesis to any idea. When using this technique, split participants into two groups: those advocating for an idea and those advocating against it. Each group has the chance to explain and highlight why they feel as if their decision will produce the best business outcomes and why the alternative opinion may not make as much sense.

Didactic interaction is similar to your pros and cons list or do dialectical inquiry, but unfolds a little differently. This approach is only applicable in certain situations but works very well when the right opportunity arises. The type of problem should be such that it results in a “yes” or a “no” solution. These are typically major decisions that will have a large impact on the way the business operates and will affect each employee as well. Such types of decisions require extensive and sometimes exhaustive discussions that can be time-consuming. Using this approach, you can simplify the process of investigation, waste no time and get straight to the point, without asking for any kind of elaboration.

The decision tree technique is great for forecasting outcomes to different decisions. Decision trees are highly visual and operate as a type of non-linear mind map so that you can predict how certain approaches to a situation may turn out. Because this model of decision-making isn’t linear, you and your team can come up with creative ideas and make multiple potential decisions to understand which one has the most beneficial outcome. The decision tree starts out with one question, which is the root of the tree, which then branches out into many different possibilities. Branches will lead to nodes (outcomes) and subsequently, you can add a leaf, marking a rule or final decision.

Consensus mapping begins with your team generating and developing ideas. It then attempts to arrive at a decision by pooling these ideas together, which have been generated by several task sub­groups. The ideas generated by the task sub-groups are further developed collectively and then narrowed down into a smaller number of ideas, with a stronger focus. Subsequently, all the ideas are again narrowed down into an even smaller number of ideas until the group is able to come to a mutually acceptable solution to the problem or situation. This technique is best suited for multi-dimensional problems, with interconnected relationships throughout the business, and involves several steps to coming to a final decision.

Now that we’ve gone through some of the best group decision making techniques, we’ll leave you with some best practices to make collective decisions more effectively:

Thanks for stopping by the Fellow blog– we’ll see you next time! 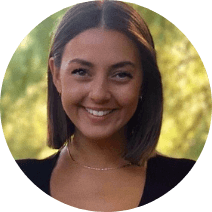