As a manager, it’s so exciting watching your team members get recognized for their hard work.

And when an engineer on your team receives a promotion they’ve been working for, you likely want to scream it from the rooftops! You know this person deserves to be celebrated, and it’s essential to do so correctly. Announcing the individual’s promotion is a great way to recognize their achievements and inform other team members.

Not sure how to announce engineering promotions to your team? We at Fellow have got you covered with eight tips and two template emails! Let’s break it down!

What is a promotion announcement?

A promotion announcement is when an organization recognizes, congratulates, and honors an internal employee who is being promoted by broadcasting this news to other employees in various teams and departments. Promotions can be announced via email, business instant messaging software, or in person during meetings or standups.

The announcement can be used to encourage other employees to celebrate their coworker’s hard work and achievements while also congratulating them on their new role.

Build a culture of effective meetings with your Engineering team

Why are promotion announcements important?

Every promotion should be celebrated, so making these announcements timely is important. Sending a promotion announcement in an email or sharing it in person during a meeting shows that employees are appreciated and respected within the organization. Doing this also shows that managers and other leaders are paying attention to their team, noticing when employees are going above and beyond, and awarding promotions accordingly.

Additionally, sharing this announcement allows managers or supervisors to explain why a particular employee is being promoted and provide information on how this promotion may impact other employees on the team. Plus, making these announcements and sharing promotions amongst other employees may inspire others to evaluate their career paths or work harder to ensure a promotion is also in their future.

How to announce engineering promotions

If your engineering team has recently awarded members a promotion, consider these eight tips to ensure you announce the good news the right way!

1Determine which method is best to inform employees

Before announcing a promotion, narrow down the method by which the information should be shared. One approach is to send an announcement via email to everyone within the organization, or perhaps just to members of the promoted individual’s team. A promotion could also be shared with others during a company all-hands, a daily standup, or a monthly meeting. There’s also the method of announcing via a business instant messaging software, like Slack or Microsoft Teams.

Consider each method’s potential pros and cons when choosing which is best to inform your team.

Once you’ve chosen the method, introduce the engineer (or engineers!) who has received a promotion. Start by sharing their full name, current job title, and new role. Be sure to use words that drum up excitement and positivity. For example, use words like pleased, honored, excited, and celebrate to announce the promotion.

Doing so shows you appreciate the employee’s hard work and are thrilled to recognize everything they’ve achieved. You can also share how long the employee has been with the company or department and if this is their first promotion since joining.

Next, highlight what noteworthy projects the employee has worked on or how they’ve stepped up to the plate to go above and beyond to achieve their new role.

When you showcase their accomplishments, achievements, and ways they’ve led the team to success, it can be helpful to others to understand how the individual earned the promotion. Not only do these details help others consider how they can follow in this individual’s footsteps to get a promotion, but they also prove the engineer’s hard work and share reasons others should celebrate their success.

Once you’ve highlighted the engineer’s achievements and contributions that have led them to the promotion, give information about their new role. You’ll want to share details regarding their new responsibilities, specific tasks that will now be on their plate, and the upcoming projects on which they’ll be working.

Additionally, if this promotion changes who is reporting to whom, provide a chart that makes any changes clear. For instance, if this engineer has been promoted to a manager role, share which individuals this person will be managing.

This information is crucial to update others on whom they may be working with or communicating with in the future or on projects that are withstanding with the individual who has been promoted.

5Include the date that the promotion will be in effect

Another important detail to include in the promotion announcement is when the promotion will take effect. This is the exact day, month, and year the employee will begin in their new role. Not only does sharing this information let everyone in the company know when the change will occur, but it can also help others prepare for the shift.

6Describe what will happen with the engineer’s old role

With every promotion comes a role that is left vacant, so let other team members and employees know what the plan is for the engineer’s old position. Whether the plan is to hire someone new to fill the role or to hold interviews with current employees who are interested in a promotion themselves, this lets others know what to expect.

If the plan is to hire someone internally, this information is crucial to share as soon as possible, so other members of the team can consider if they’re interested in interviewing and getting a potential promotion, too.

At the end of the email or verbal announcement, be sure to formally congratulate the employee again for their hard work and service within their team and the company. The goal for this additional congratulation is to give the promoted engineer a boost in confidence as they start their new role, as well as morale, knowing they have encouragement from upper management and the support of other team members.

It’s a good idea to wrap up the announcement with a call to action that encourages the entire company to congratulate the promoted employee and welcome them into their new role.

Finally, wrap things up by sharing your contact information with other employees. If other engineers within the department want to communicate their frustration surrounding not being promoted or ask questions about why the promotion wasn’t given to them, they know the best way to find you.

I am thrilled to announce the promotion of our very own John Smith from [current role] to [promoted position]! John has been with [name of company] for over [number of years] and has shown hard work and dedication as he has worked on [list past projects and accomplishments]. He has been an integral part of our team, and we’re so excited to see him move his career forward!

John will begin his role of [promoted position] on [date] and will oversee [names of engineers who will report to him]. John will now report to me directly.

I encourage everyone to join me in congratulating John on his new role and wish him the best of luck! If you have any questions regarding this change amongst our team, please contact me at this email address.

[Your name and title]

With great excitement, I announce the promotion of Jane Doe within our engineering team as our new [promoted role]! Jane will transition from her role as [current title] to [promoted title] on [date].

Over the past [number of years], Jane has proven time and time again that she is an excellent communicator, a thorough problem solver, and everyone’s go-to person when they have a question. Among her many achievements, we’re most impressed by Jane’s work on [list projects and accomplishments].

I hope you’ll join me in congratulating Jane and wishing her the best of luck in this new role! If you have any questions about Jane’s new role or how it will affect action items on your to-do list, please don’t hesitate to contact me at this email address.

[Your name and title]

Congratulations are in order!

Whether you’re a small startup or an enterprise organization, it’s crucial to congratulate your engineers on their promotions by making announcements! Knowing the best way to formulate an informational, concise, and celebratory employee promotion announcement is a necessary skill to ensure every promoted individual feels appreciated, while also conveying important information to others within the company. Remember that this is likely a significant milestone for your employee, so treat it as such! 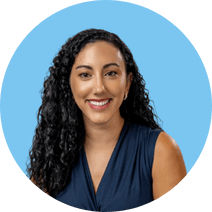