So, keep reading to discover the differences between “in the meeting” vs. “at the meeting” and when to use each…

Now that you’re getting the hang of the differences between “at” (location) and “in” (activity), it’s time to look at the exception—you knew it couldn’t be that easy!

The exception to the location/activity rule is if your sentence conveys that you’re at a location within a larger location. Confused? Let’s look at some examples:

Examples of “at the meeting”

However, if the situation slightly changes, so does the phrase you would use. For example, if you have plans to meet your coworker at their desk before heading out for lunch together, and you arrive a few minutes late, prompting your coworker to ask, “what took you so long?”, you would reply, “I was in a meeting.” Although you’re conveying that you were in a specific location, you were in a location within a larger location (the meeting room within the office building), so you would use “in a meeting” instead of “at a meeting.”

Examples of “in the meeting”

Now let’s explore some examples of “in the meeting”:

Your boss sends you a feedback form to fill out. They expect a quick reply, but you were in a meeting, so you don’t get to it as promptly as possible. After the meeting, you reply to your boss, saying, “sorry, I was in a meeting.” In this example, you’re conveying to your boss that you were participating in the activity of a meeting without referring to a location.

You pass your coworker as you quickly run down the hallway of your office. They stop you and ask, “where are you headed in such a hurry?” You reply by saying, “I’m supposed to be in a meeting right now!” While you’re conveying that you’re supposed to be in a specific location, you use “in a meeting” because you’re referring to a location within a larger location—a meeting room within an office.

Are you ready to test your knowledge and see if you know when to use “at a meeting” vs. “in a meeting”? Fill in the blank with “at” or “in,” then scroll to the bottom of this blog to find out if you were correct!

Your coworker asks you to review a slide deck they created as soon as possible, but you missed their email because of a meeting. Conveying that a meeting physically occupied you, you reply, “sorry, I’m just seeing this now. I was ___ a meeting.”

Your boss comes into your office and asks you why you haven’t sent them your report yet. You’re in the same office, but you were physically occupied by a meeting in the room next door. Conveying that you have yet to send your report because of the meeting, you reply, “sorry, I was ___ a meeting.”

You receive a Zoom call from your coworker, but the activity of another meeting occupies you. Because of this, you decline their Zoom call and send them a message saying, “sorry, I cannot connect right now. I am ___ a meeting.”

While using the wrong preposition (“at” or “in”) may not seem like a big deal, these prepositions have two different meanings and using the correct one in the correct context will help you avoid miscommunications. Knowing your grammar will also make you sound more professional in the workplace.

So, next time you’re unsure if you should use “at the meeting” or “in the meeting,” determine whether you’re conveying a location or activity. And don’t forget the exception!

P.S., check below to see if you answered correctly!!👇👇 Hannah Sheehan is a Content Marketer at Fellow.app, as well as a Communication and Media Studies student at Carleton University. Past experience includes writing for The Charlatan Newspaper and Sens Nation Podcast. Her areas of interest are personal development and creative writing. In her free time, she is usually watching her favourite tv show, Friends! 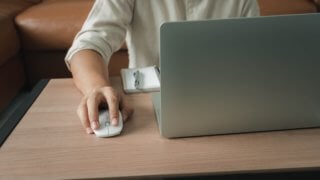 How to Create an Effective Project Timeline Visualization