Have you ever had someone reply with a perplexed look when you told them your job title? Or maybe you’ve been on the other side of the conversation and have had to maintain your composure while someone has told you about their incredibly fulfilling role as the director of who-knows-what at a not-so-familiar organization.

Let’s face it: While they do help classify structure within a company, job titles themselves can be confusing.

Whether you’re starting at a new organization or are just trying to become well-acquainted with the positions in your own company, it’s good to have a basic understanding of different hierarchical titles! No learning curve is too steep… even if you’ve pretended to know what your coworkers’ titles mean for years.

Continue reading to learn all about ‘heads of’ and directors at companies, how the two roles differ, and what skills are required to take on each position.

What does ‘head of’ mean?

Head of Talent Acquisition, head of Data Science, head of Marketing, etc. We’ve heard these titles before and have wondered what the heck they mean.

A ‘head of’ title is common in early-stage companies and startups. This title usually implies that an individual is leading the department, which is likely a small working group. Small companies often have non-traditional hierarchies. For instance, instead of CEO, vice presidents, directors, managers, individual contributors, and coordinators, you’ll see a CEO, a few other high-ranking positions, some ‘heads of,’ and early career employees. Individuals in ‘head of’ positions have a wide scope of responsibilities that may include, but aren’t limited to: managing projects and people, setting direction, strategy, and goals for different areas of business, working to develop the skills of their team members, and ensuring their colleagues are aligned in a unified direction.

‘Heads of’ are regularly leveled as directors by their teams. However, this doesn’t mean that they’re paid the same. The salary range for these positions is wide and depends on individuals’ scope of responsibilities and level of experience. Directors at large companies are usually paid more than ‘heads of’ at smaller organizations, but that doesn’t mean ‘heads of’ don’t make a great impact!

Here are a few skills that are beneficial for ‘heads of’ to have:

What is a director?

A director is the captain of the ship. They’re there to teach, guide, oversee, and mentor employees and their work. The director title implies that an individual is a senior management professional who oversees an aspect of the organization. Director is a higher rank than manager, and directors often oversee managers and may assist them in leading their teams and projects. For example, a director of marketing may oversee a paid marketing manager, a senior designer, and an analytics manager.

Directors have many responsibilities. On top of the usual management responsibilities, directors create business plans and implementation strategies, communicate with company executives and board members, and manage a department’s overall performance. The director may also be responsible for managing relationships with company shareholders, resolving team conflict, preparing budgets and schedules, and providing managers with any required resources. In brief, directors wear many hats.

Here are a few skills that are crucial for directors:

Who is more senior?

The simple answer is that it’s subjective! While ‘heads of’ manage a team and set direction and strategy for a part of the company, directors oversee entire departments with many employees. You’ll rarely see a director who oversees a ‘head of’ because the titles usually indicate different organizational hierarchies entirely. Think of ‘heads of’ as directors at smaller companies, and directors as leaders at more established organizations. The roles are similar, yet different!

‘Head of’ versus director

While a ‘head of’ may spend their time working with different members of their team coordinating tasks, creating project budgets, and reporting back to the CEO of the company, a director might be having one-on-one meetings with managers within their department, developing large-scale operating budgets, and reporting back to their CEO and board members.

The biggest difference between the ‘head of’ and director roles is the scale of the position. A ‘head of’ is like a director-level role but at a smaller scale. Therefore, they are able to direct their team and have more face time with each employee.

Directors are managing large-scale operations. The managers they direct are their messengers that filter information down into the department. As a result, directors may be less accessible to other employees within their department simply because they have more people to oversee.

Why hire a ‘head of’ instead of a director?

1 “Director” is not on the role scope yet

If you expect an employee to grow into director-level responsibility and manage multiple teams in the future, but that isn’t the scope of the role today, give them a ‘head of’ title. At a smaller company, ‘heads of’ have plenty of influence. The rulebook will be theirs to write! The employee will get valuable hands-on experience managing a team, and will be ready to ascend to the next level when the company grows and a director-level role is needed.

2 The organization does not use a formal leveling system

If your company is so small that you have flat job titles or an informal hierarchy, using ‘head of’ titles may be right for your team. This title reflects the wide range of duties that will fall under a new hire who you plan to train to oversee an entire department. For example, if your first HR hire is a promising mid-level professional who is ready to recruit and hire new talent, process payroll, establish company policies, and conduct disciplinary actions as required, a ‘head of’ role is only fitting! Once you have your key ‘heads of,’ you can then begin to think about creating a clear organizational structure.

3 “Director” would be a next step

Let’s say you’re the CEO at a mid-level startup with plans to grow your business exponentially over the next few years. If your current Head of Human Resources is a superstar who wants to grow with your company, they’ll have many opportunities to learn new skills as the company scales. As their scope of responsibility changes, the natural next step will be to give them a promotion and title change. Of course, no one will want to keep the same title if they go from managing a team of 10 HR professionals to directing all HR operations at a major company! If you’re leading a company with plans to expand, giving your leaders a ‘head of’ title will allow them to naturally grow into director-level roles as the company flourishes.

Why is it that far-fetched job titles like full-time Netflix viewer, astronaut, and race car driver have self-explanatory titles while ones as common as “head of” and director leave everyday employees scratching their heads?

Use this guide as a resource the next time you’re confused about a role within your own company. When in doubt, ask! Employees love talking about their roles, their day-to-day work lives, and their short- and long-term goals.

Above all else, remember that job titles rarely match roles and responsibilities. Don’t let your own title define you. There is no such thing as an “important “ job; there are simply people working on tasks with varying levels of urgency, all towards a common mission! 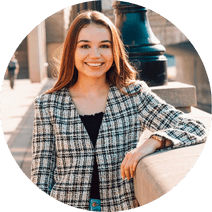 Engineering Manager to Director: Everything You Need to Know 12 of the Best MS Teams Apps for your Team