Those are some of the titles that show up when you search for the term “meetings” online. And it seems to be a common sentiment in workplaces.

It’s no secret that team meetings get a bad reputation… but the best managers are still having them. Why? Because they know that meetings are one of the most effective tools to showcase their leadership, make important decisions, and strengthen relationships across their team.

“Meetings are there for you to both push information (share news, changes, key messages) and pull information (gather feedback, check the team’s temperature, and hear fears and rumors that haven’t made it to you otherwise), especially when that information requires additional context,” says Lara Hogan in the book Resilient Management.

In this post, we’ll show you why all the advice saying that team meetings are terrible is wrong, because bringing people together to align team goals is one of the most important things you can do as their boss.

To hold effective meetings, you need to know why they’re necessary in the first place. Here are five reasons why team meetings are an indispensable part of your team’s success:

1 Ensure that the team is aligned

Well-structured, efficient team meetings help you ensure that all team members understand their role and the priorities they should be focusing on.

“The most important thing in growing a company or team is to, of course focus on getting things done,” says Steven Sinofsky, partner at the venture capital firm Andreessen Horowitz. “There is no doubt that a group of people not meeting will get a lot of stuff done. It can be said with equal confidence, however, that by not meeting the stuff that will get done will lack cohesiveness, quality, and a shared set of values — the wrong stuff.”

Rather than being productivity killers or time-sucks (as a lot of people frame them), weekly team meetings can help increase productivity by helping everyone on the team prioritize their tasks for the upcoming week.

“An effective staff meeting has three goals,” says Kim Scott in the book Radical Candor. “It reviews how things have gone the previous week, allows people to share important updates, and forces the team to clarify the most important decisions and debates for the coming week.”

Your teammates make a lot of decisions every day. Reviewing key metrics and agreeing on next steps will help you ensure that everyone is working on impactful priorities. It’s an effective use of time.

As a manager, you’ll implement and facilitate many initiatives to make sure that those five needs are met. One of those initiatives are regular team meetings:

“The social needs stem from the inherent desire of human beings to belong to some group or other,” says Grove. “But people don’t want to belong to just any group; they need to belong to one whose members possess something in common with themselves.”

By hosting regular team meetings, you’ll create a culture of shared values and open communication. These meetings should be a safe space where the team learns about each other’s preferences, discusses new ideas, and develops a sense of belonging.

“Staff meetings are where a group of peers get to know each other, and where the presence of a common supervisor helps peer interaction to develop,” says Grove.

Connections are the heart and soul of how teams function and company cultures are born. These connections begin with your one-on-ones and team meetings.

Even though some updates can be shared via email or communication tools such as Slack, informational meetings can be more effective than bulletin boards, mailing lists, and group posts when communicating controversial ideas.

“Sensitive, difficult, or surprise information—like the context for a big roadmap upheaval, a staffing change, or anything else that involves managing emotions—is best communicated in person first (and followed up with an email),” argues Lara Hogan. “This way, you can pivot your message based on the questions or reactions in the room, and you can add extra color with your words, your body language, and your tone of voice.”

In The Making of a Manager, Julie Zhuo argues that a great informational meeting is interactive, conveys a message clearly, and evokes an intended emotion – whether inspiration, trust, pride, courage, or empathy.

“For example, if you want everyone to know about a potentially controversial policy change, sharing that news in person allows the group to ask questions or express their reactions,” says Zhuo. The second benefit is that a well-prepared informational meeting is usually a lot more interesting than a bunch of words on a page.”

4 Exchange feedback about projects and ideas

“There is criticizing an idea, and there is criticizing a person or a behaviour,” says Hughes Johnson. “Let’s fight it out in public and say we disagree with each other about an idea or an action we’re going to take, that’s not a personal criticism.”

Team meetings are the ideal scenario to discuss ideas and exchange feedback about team projects and work in progress:

“Sometimes, this might end with an uneventful ‘this looks fine.’ Other times, the feedback can result in significant deviations from the plan,” says Julie Zhuo.

According to Zhuo, a great feedback meeting gets everyone on the same page about what success for the project looks like, clearly frames key decisions and known concerns, and ends with agreed-upon next steps (including when the next check-in will be). These are all things you can do at your recurring team meeting.

With Fellow, users can share real-time feedback on meetings, projects, and performance.

Finally, one very important benefit of team meetings is that they’re a space where you can put into practice most of the skills we think about when we speak about great managers (or supermanagers):

Team meetings empower managers to “rally the troops” and ensure that the team feels heard and motivated.

“How does a manager motivate his subordinates?” asks Andy Grove in High Output Management. “Motivation has to come from within somebody. Accordingly, all a manager can do is create an environment in which motivated people can flourish.”

Use Fellow.app to create a shared meeting agenda and ask for feedback to ensure that everyone is benefitting from your team meetings.

I don’t think team meetings deserve the bad reputation that they get. After all, they are one of the only moments when managers can ensure that their team is working on the right things, develop a culture of trust, and motivate everyone to do their job well.

“High-quality conversations with broad participation allow people to get to know each other in ways that lead to friendship and collaboration,” says Axtell. “It’s the act of being with other people in an attentive, caring way that helps us feel that we are all in this together. Crafting a quality experience in your meetings takes time, but it’s worth it.” 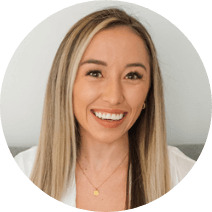